The Compagnie Filao was born from a desire to transmit and share with a first immersion in 2010 in sensitive areas of Toulouse from which emerge questions about the means implemented to exist in this world? What anchor and what light are necessary for the existence?

Since, the company regularly continues its work of’artistic education and of cultural mediation around dance during school time but not only. Géraldine Borghi and Cyril Véra-Coussieu develop and deepen the themes addressed in their shows through the practice and discovery of contemporary dance for all. They adapt to all ages and all levels. By practice, they like to bring dancing where it is not always expected and prove that everyone can dance regardless of their age, his social origin, whether you are a girl or a boy…

At the request of schools or teachers, the company is used to choreograph groups of students on specific themes and take them to bodywork, artistic and scenic demanding and quality. Géraldine and Cyril work each year with Colomiers schools as part of the scheme “Dance in school”, a relationship of mutual trust has been established between them. Many other establishments use their pedagogy to introduce dance and art more broadly through practice and discussion.

Some examples of cultural mediation projects previously carried out with schools :

Dance your yard is a collaborative artistic performance that offers students an artistic immersion in their classroom or in their playground. The dancers of the company adapt to the existing space, leaving room for improvisation. Students are then invited to dance and express themselves at the end of the show guided by the dancers. A playful and atypical way of approaching dance for children as a spectator and then through practice. This form has been adapted in several schools and is still offered according to the requests of the establishments.. 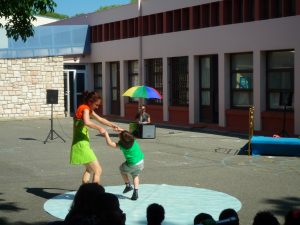 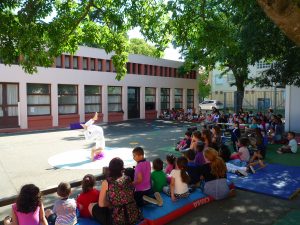 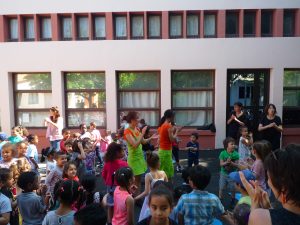 The company was approached by the French Lycées of La Haye and Amsterdam to offer performances of the shows Mélorythme and Fraternité. Around these representations, Géraldine Borghi and Cyril Véra-Coussieu proposed a choreographic research work with the students on the theme of equality between girls and boys, a theme that is dear to them and that they like to question. Three weeks of rehearsals and work were necessary with the teenagers and their teachers to lead to a demanding and high-quality stage work.. Students entered this activity with passion most of the time. They showed us concretely through their spontaneous commitment that they were indeed building girl-boy equality. 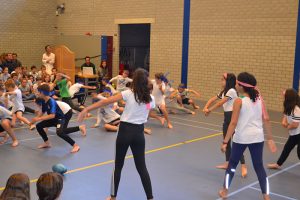 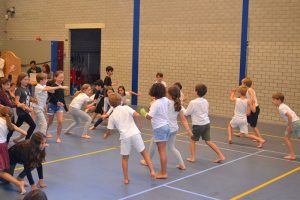 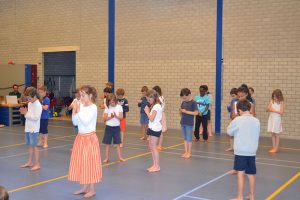 Device “Dance in school” in the schools of Colomiers and Léguevin

The Filao Company has been participating since 2013 to the device “Dance in school” by offering students a choreographic project over several weeks. Choreographic research, work on the rhythm and on specific themes, directing work until a public performance at the end of the school year. The pupils thus discover all the stages of work to carry out an aesthetically rigorous and relevant artistic project..

If you want to organize mediation and discovery time in contemporary dance with groups of children or adults and / or in parallel with the company's shows, you can contact us : diffusion.filao@gmail.com